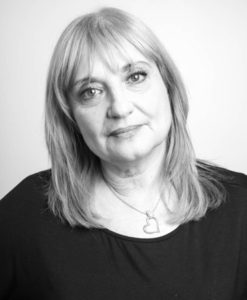 Silvia began her legal studies at the University of Buenos Aires’ School of Law & Science, where she then received two degrees in Law and Prosecuting in 1974. She also serves as authorized pre-trial mediator for the Ministry of Justice of Argentina.

At Lerman & Szlak, she exercises both professionalism and direction in the area of legal services. Dr. Rotman joined the law firm’s then pioneering the pre-trial mediation practice area, acting as authorized mediator by Argentina’s Ministry of Justice, along with a strong specialization in interpersonal communication, NLP, negotiation and conflict resolution.

Dr. Rotman began to develop her professional career in 1975, establishing with her other fellow colleagues, a thriving and entrepreneurial law firm that provided the highest quality professionals within the practice areas of Business, Civil, Labor and Criminal Law, for more than 20 years, and with an ample and varied clientele.

In the private sector, ROSZ partners have been able to perform and act continuously for 35 years, dedicating its services to advising family-run businesses, SMEs, and private individuals in various professional fields. Specializing in Business, Civil and Labor Law, Dr. Rotman has extensive experience in negotiation, judicial and administrative litigation, and the drafting of labor, civil, and commercial contracts.

She has also served as an Attorney within the public domain, having been hired by the ONABE (Management Agency of State Assets), where she developed the National State’s policies on evictions, rental charges on public property granted in concession privately and individually, and lastly, creating contracts in the field of tenders and other similar areas.

Over the last 12 years, Dr. Rotman has complemented the development of her professional career in legal mediation with the completion of numerous specialized courses, workshops, and conferences. Such courses include training workshops, specialization in Business Enterprise, Mediation and Arbitration Conferences, Mediation and Conciliation Conferences, Advanced Techniques, Family Practice Cases, Communication and Conflict, Mediation and Conflict Resolution, Psychology as a Mediation Tool, amongst others. Since 1995 she has also completed and professionally improved in the fields of Neurolinguistic Programming and Marketing.

Since 1999, Dr. Rotman has also been a speaker and coordinator in the field of NLP at numerous Workshops, Courses and Conferences, and as of recently, in the field of Mediation and Neurolinguistic Programming as well. One such workshop was the Intensive Experiential Workshop: Styles of Choice, How we Choose, and Why? By Lic. Gladys Ceballos, in the amia.

Born in Buenos Aires, Argentina in 1950, Dr. Silvia Rotman speaks and writes French and Hebrew, and has a thorough knowledge of English.

You Will Receive a Response Within 24 Hours.